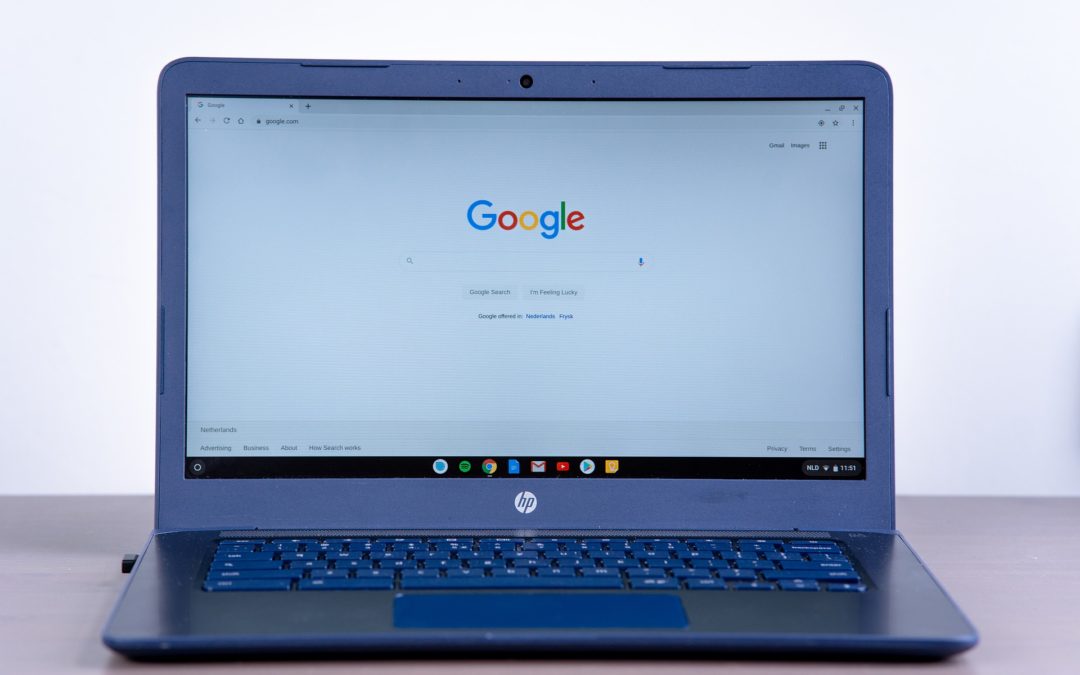 Chromebook—it’s a buzz word that’s been flying around since 2011. They’re a popular choice for education technology programs and AGParts Education is an authorized reseller of Chromebook parts for repairs and refurbished Chromebooks. But, what is a Chromebook? What makes it different from a laptop or notebook? Today, we’ll dive into what the Chromebook is, as well the pros and cons of a Chromebook.

What is a Chromebook?

First introduced in June 2011, a Chromebook is a type of laptop that uses the Linux-based Chrome OS as its operating system. Chromebooks are specifically designed to use the Google Chrome browser and most activities occur online via the Google Chrome browser. This includes word processing, creating spreadsheets and slideshows, notetaking, etc. These docs are automatically saved to cloud storage via Google Drive. Chromebooks have limited internal storage and rely on cloud-based storage for most applications and data.

The operating system is one of the biggest differences between a Chromebook versus a laptop or notebook. Traditional laptops and notebooks run on the Windows OS or macOS (Apple). These systems host various applications online and offline, including Microsoft Office Suite.

Another difference is storage. Although both Microsoft (OneDrive) and Apple (iCloud) have implemented cloud-based storage, you can still save documents on internal storage with a laptop or notebook.  Various cloud storage platforms, like Dropbox and Google Drive, can also be used for older laptops where cloud storage is not as common.

Pros of a Chromebook

Chromebooks are sleek, lightweight, fast, and carry a host of other benefits.

Chromebooks are extremely secure and fast due to regular auto updates devices receive until their Auto Update Expiration (AUE, formerly known as EOL). This means your Chromebook will receive software updates, vital security patches, and technical support for six-a-half to eight-and-a-half years depending on AUE.

There is a lot of confusion regarding AUE, but don’t let the name fool you—it’s a good thing. You can learn more in our related blog, Chromebooks 101: What is AUE and EOL?

One of the best things about Chromebooks is the price tag. It simply can’t be beat. More expensive Chromebooks do exist, but you can still find a solid Chromebook for under $300—considerably less than their laptop counterpart. This is a significant factor for any school’s yearly budget.

Additionally, the lifetime cost of a Chromebook is low because:

Since Chromebooks do not rely on software, there is no need for your IT team to install, update, support, or troubleshoot software. Updates are automatic via Google and a 24/7 helpdesk is available to G suite subscribers. This unburdens your IT department and frees them to handle more pressing matters.

Chromebooks also encourage collaboration, which is fantastic for both teachers and students. Again, since Chromebooks use the G Suite applications on Chrome, docs can be edited in real time by multiple users.

There are also no frivolous distractions on a Chromebook, as compared to a laptop, which encourages students’ productivity. Of course, we aren’t ruling out the fact that the internet can be a huge distraction, but we’ll let you decide how to monitor and restrict access to certain websites.

Cons of a Chromebook

As with any laptop or notebook, there are certain cons associated with a Chromebook.

For Chromebooks launched prior to 2019, Microsoft Office cannot be installed. Instead, your teachers and students will use the G Suite which features Google Docs (Word), Google Sheets (Excel), and Google Sheets (PowerPoint), among other correlating applications.

The good news is that files from all G Suite applications can be downloaded as their Microsoft counterpart, which proves helpful.

*The newest Chromebooks, with a launch date after 2019, support apps designed for Android mobile use. This means Microsoft Office is available via Google Play for Chrome. Most Chromebooks launched after 2019 support this key and game-changing feature; check this list to ensure your Chromebook model supports this feature.

This could be huge factor depending on your district. Because most work occurs in browser-based applications, collaborative, real-time exercises will require an internet connection. Not every student may have access to the internet at home, which could impact your students’ experience.

Google Drive files can be accessed and edited offline, which is a plus.

Not Ideal for Multimedia Projects

Currently, the best software and applications for audio and video projects is not web based. There are plenty of web-based video editor and other applications that can provide a solid workaround.

This most likely is not a contributing factor for most districts, but could affect older students in journalism and broadcasting, music, or theater programs.